5 Ways You Can Fight Sleeping Disorder in Children

The sleeping environment and atmosphere in the bedroom are crucial for your sleeping child. (Image by Tawny van Breda from Pixabay)

Sleeping disorder in children is linked to increased levels of brain arousal and a precursor to health-related conditions such as diabetes, allergies, and obesity. The deprivation also increases the likelihood that children will develop social and behavioral disorders later in life.

The average sleeping hours for adults is 8, but up to 16 is recommended for toddlers. 12-year-olds need up to 11 hours of sleep. Teenagers can get by with anything between 8 and 9 hours.

When deeply asleep during the night, kids, just like adults, undergo a whole set of body reset. It is only during and through sound sleep that they experience body changes and detoxification to ensure growth, rejuvenation and organ repair. Research shows that good sleep helps kids fight germs and neutralize heart-related ailments as well.

Below are 5 hacks to help fight sleeping disorders in children and get them to sleep longer and better.

Often times kids are locked indoors and remain inactive most of the day, for one reason or another. By night-time, they are wide awake and rarely have the urge to sleep. Even if you get them to bed, children may struggle to sleep or wake up frequently in the middle of the night.

One ploy to get children started with sleep involves exposure to daylight and plenty of physical activity.

To start with, plenty of playtimes in addition to other physical chores during the day is bound to tire them down in preparation for night-time sleep. Besides strengthening the body muscle through running, jumping, and climbing, children actually get to sleep better, and longer.

This hypothesis works for young children as well. In a research conducted by Yvonne Harrison at Liverpool John Moores University,

Babies who slept well at night were exposed to significantly more light in the early afternoon period.

Beware though not to overdo this simply because you want to get your kids tired. They should stick to what their bodies can handle given that excesses in physical activity may lead to body tear and extreme fatigue.

After a busy day out, ensure children take a bath and eat early enough before they go to bed. make it a point that children follow a regular sleeping pattern by sleeping and waking up at a scheduled time frame.

Secondly, children should have the privilege of sleeping in the same room everyday. This helps in maintaining mental consistency and comfort, on a bed and room they feel comfortable with. It is comforting for children to wake up knowing where they are, and not having to get used to new sleeping environments every night.

Besides, ensure the room where children sleep is quiet, with optimal temperature, and dark enough. Eliminate sources of light from computing devices such as the cellular phone, laptops, gaming consoles, and the TV screen.

The widespread use of portable electronic devices and the normalization of screen media devices in the bedroom is accompanied by a high prevalence of insufficient sleep, affecting a majority of adolescents, and 30% of toddlers, preschoolers, and school-age children.

For unforeseen reasons which may interfere with sleep, sing for children their popular lullabies, or tell them sweat stories.

For starters, children must eat early before they can go to bed. An hour or so before bedtime is good enough, and this must be consistent every day.

Beware what children are served before bedtime. Whereas temptations are rife to try out a variety of snacks just before bedtime, always insist on real food to ensure children sleep longer and are not waking up frequently during the night.

The foods children eat must have plenty of protein instead of simple carbs and sugars. Meals such as veggies, whole grains, milk, fruits, eggs, beans, should be served instead of processed junk such as candy bars, fruit snacks, fries, and coffee.

Well thought of meals will enhance the growth and development of your child.

According to Nancy Z. Farrell, R.D.N., a spokesperson for the Academy of Nutrition and Dietetics:

While he snoozes, his bones are growing and his brain is processing all that he learned during the day …  Nutritious foods help foster good sleep patterns.

4. No Screens Before & During Sleep

Electronic devices in the bedroom where children sleep are known to induce sleep disorders in children if left unchecked. These devices emit the blue light which interferes with the working of the brain.

The light from the screens is known to hinder the pineal gland from releasing the melatonin hormone which is crucial in fostering the right balance of sleep and regulate the sleep-wake cycle.

Using TVs, tablets, smartphones, laptops, or other electronic devices before bed delays your body’s internal clock (a.k.a., your circadian rhythm), suppresses the release of the sleep-inducing hormone melatonin, and makes it more difficult to fall asleep.

The first step in fighting tech addiction in the bedroom is to make it tech-free. The temptation to use smartphones and game consoles will always be there if these devices find their way inside the bedroom.

You may also want to cut down on the pre-bedtime entertainment such as TV and movie watching. Many forms of entertainment seem harmless but are actually known to cut short the sleep your child gets, and sometimes punctuate them with dreams related to whatever they watch. Beware of scary movies, bad stories, and of course bad TV shows.

5. Eliminate EMF in the Bedroom

When your child is fast asleep, ensure this journey is not hindered by any distraction whatsoever. While it is easy to assume all is fine in the bedroom, it is only after you start digging around that you will learn about the numerous electronic devices littered around.

The presence of invincible electromagnetic fields (EMF) in the bedroom is bound to interfere with the sleep pattern of both children and adults. Accordingly

The pineal gland is likely to sense EMFs as light but, as a consequence, may decrease the melatonin production.

In addition, EMF leads to tiredness and disruption of the immune system. Others are sleep disorders and multiple other health hazards, including cancer.

You may want to control the levels of EMF in the bedroom by doing the following:

Simplified: Exactly What is the Problem With Children Using Cell Phones?

Why Children Playing Outdoors is the Best thing in the 21st Century!

If Your Child is Always Hungry, This Could Be Why

The Benefits of Natural Light and Darkness for Your Child Today!

Tips for Maintaining a Daily Healthy Lifestyle for Your Child

How to Talk to Children Correctly to Make Them Listen & Learn

How to Install Webcam Security at Home in the 21st Century

This is How Tech Neck is Turning Our Children Into a Generation of Hunchbacks!

How to Tell Your Child is Depressed and Needs Help!

Sources of Leaked Private Photos and Videos Online and Offline

Generation Alpha Kids: Who Are They?

Do NOT follow this link or you will be banned from the site!
Alpha & Health

5 Ways You Can Fight Sleeping Disorder in Children 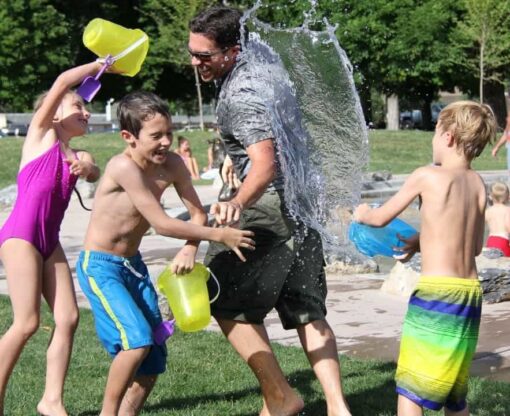 Alpha & Health Simplified: Exactly What is the Problem With Child…