7 Interesting Yet Negative Effects of Social Media Addiction on Children

To understand the absurd effects of social media addiction in the 21st century, one needs to read the story of Danny Bowman, a 19-year-old young man who tried to kill himself because he failed to take the perfect selfie.

Danny spent up to 10 hours snapping up to 200 images, and failed to get that one photo that would wow the world!

His follies are indicative of our obsession with technology and how it has turned many of us into a generation of idiots!

It is also ironic that we vilify traditional addictions, such as smoking, drugs, and alcoholism, yet tolerate the sad effects of social media addiction.

All of us are affected in a way, but Z children born in the 1990s through to the 2000s, and generation Alpha kids born in the 21st century, are cast in the middle of the sad mashup.

According to We Are Social, the number of internet users worldwide surpassed the 5 billion mark in mid-2022. Put in mind that the global population at the time was just shy of 8 billion.

Out of this figure, 3 billion users (40%) installed one social media platform or another.

Popular social network sites and apps around the globe: 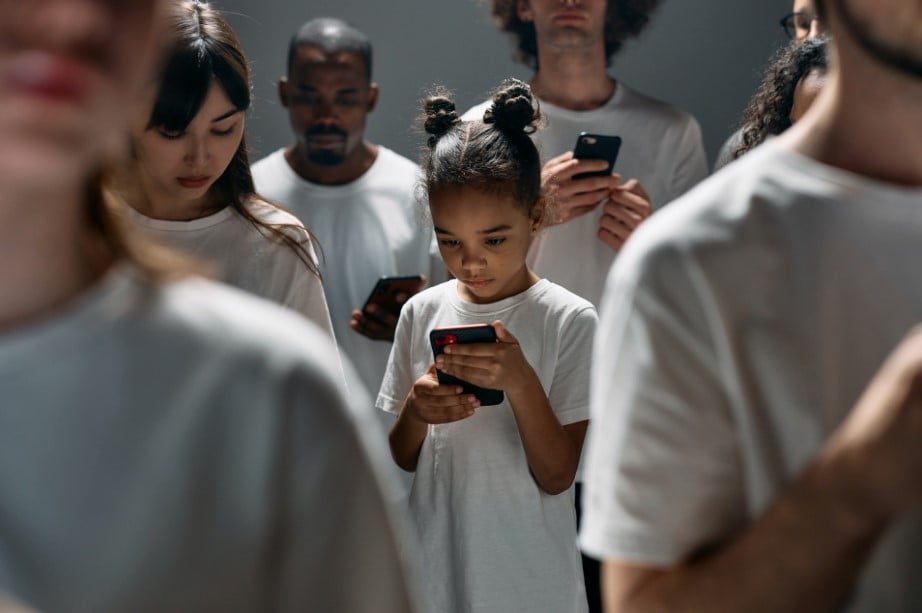 Extreme indulgence in technology devices is unhealthy and needs solutions to mitigate the impact they leave on children. But first, here are the ills associated with tech overuse.

Statistics show that users who post cute and sexy selfies on Instagram, Snapchat, or WhatsApp attract more shares and likes compared to those using ordinary images.

Those who receive less feedback rate themselves negatively, and wrongly imagine they are inadequate. It gets worse when online bullies brand their images ugly.

This is a precursor to low self-esteem and can trigger a series of negative social behavior, explained below:

The victims will spice up things by applying excessive make-up and/or using image filtering tools to tweak their photos to create falsified facial and body appearance. Others charge up their profiles by supplanting images in cozy and foreign backgrounds to falsify their location.

They use enhanced photographic impressions to appear exotic and rich, and for those blessed with dark skins, edit them to look lighter!

Worse still, the effects of social media addiction may lead to withdrawal, depression, and suicidal thoughts, like our friend Danny Bowman above.

This type of social displacement explains the distorted sense of communication that is gripping the better part of society today.

Social displacement theory basically states that the more time you spend in the world of social media, the less time you’re likely to spend socializing with people in the real world.

It even gets ‘better‘ or worse when we choose to chat online with real friends next to us!

The emojis, bubbles, and face editing tools become so meaningful than the present, and real faces sited next to us. This is a big blow to the critical social skills that are attainable through face-to-face interactions.

Gone are the days when parents exercised control over what children watched on TV and sleazy Playboy magazines.

When parents spotted these in the boys’ bedrooms, they confiscated them immediately. Children only relished them extensively in later years when they were grown ups.

The youth feel comfortable weaving their way through this data alongside their peers. They are more than willing to walk the interesting, yet risky path than their cautious parents, resulting in a sense of digital and cultural disconnect between the older and younger generations.

We all agree that social media and the internet are awash with bad content. They range from violent media in movies, games, to live-streamed broadcasts.

For the religious folks, bad content is a direct contravention of the pillars of religious teachings. For example, Christianity stands by the 10 Commandments as practical guidelines to what is right or wrong.

Without measured supervision (which is next to impossible today), bad content is now everywhere.

Children and teens who watch these become conflicted about what is right or wrong, and are tempted to embrace violence and inappropriate behavior, right up to adulthood.

While those who attended school in the 20th century know too well about face-to-face bullying, children attending school in the 21st century have to contend with online bullying, as an extension to the former.

The perpetrators usually send the offending media directly to the victim or via public platforms. The communication is intended to embarrass or even threaten the victims.

Sexting is another common malpractice where offenders send sexually explicit images, audio-visual content, and texts to suspecting and unsuspecting victims.

Stalkers, imposters, and radical extremists are other known malpractises

Fear of Missing Out (FOMO) is akin to digital peer pressure, where a user feels incomplete when offline and is driven by an impulsion to always stay online. Because the pulses are running wild, it feels relevant to communicate with friends 24/7, just to be normal.

Uncontrolled posting of images and videos may lead to unwanted embarrassing exposure, especially when users accidentally share private content in the heat of the moment.

Besides wanting to be online, there is also the urge to be part of offline social activities shared online. Participants in select groups or friend networks feel incomplete when they miss out parties posted on social platforms.

Whether they get to attend the parties or not, the images and video clips they watch are influential in their lives. Images and clips of online friends taking alcohol and smoking excite them.

It is no accident that many kids take up these habits simply because they are well packaged on social media.

7.  The effects of social media addiction on health

Excessive use of smartphones can lead to various health problems both directly and indirectly. For example, sitting becomes an issue if done for extended hours, in what is known as tech neck.

The habit also interferes with other aspects of life such as eating. Users opt for quick fixes for food and become victims of obesity or other body malfunctions.

Addicted users are also victims of sleepless nights which leaves them with sleep debt, and deprives them of sharpness at school, and at work.

Extensive use of social media also exposes users to cellphone radiation. This happens when smartphones are placed next to the body, in the lap, and next to the head for extended hours.