Child anger issues describe the emotional frustrations your child goes through, because he cannot have all what he wants and desires.

All of us parents have had to deal with child anger issues every now and then. With wit on our side, we have prevailed, sometimes, and successfully calmed down the angry little fellows.

Oftentimes, however, wit has failed us and we have screamed back angrily – out of frustrations, of course. This is only a reminder that anger affects adults too.

This then begs the question: … is anger a bad thing?

Anger is a healthy emotional response in children, just as in adults. For children, it is an expression of emotional frustrations they cannot have their way, and for parents, it is a timely reminder we are not parenting well enough.

Anger is also integral to the fight or flight response, and can be a useful indicator of the emotional challenges we are going through. Sometimes we use anger as an emotional response to injustices and inequality in society.

Anger is actually one of the four primary emotions. The others are fear, sadness, and happiness. The four are critical in your child’s emotional development.

Children don’t want to become angry, just like your 3-month-old toddler does not want to cry, but they simply do not know what else to do.

When they are angry, they are simply communicating that they want you to listen to them. Matters can get out of hand if you persistently refuse to pay attention!

Anger can be a serious problem when it spirals out of control and turns into temper tantrums and uncontrollable rage. When anger evolves into rage and aggression, it can become costly at home, in relationships, in the classroom, and at work.

Child anger that gets out of control (and becomes physical) could be indicative of serious mental problems or even ADHD and should be dealt with immediately.

What causes anger issues in children?

Anger in children can start as early as 4 months, when they learn to express displeasure at how they are fed, carried, and pampered. They will follow this up by growling and grunting, and finally, become unwilling listeners to instructions.

As children approach 7, and due to multiple NEW reasons, anger intensifies and manifests in shouting, screaming, kicking, and even throwing stuff. 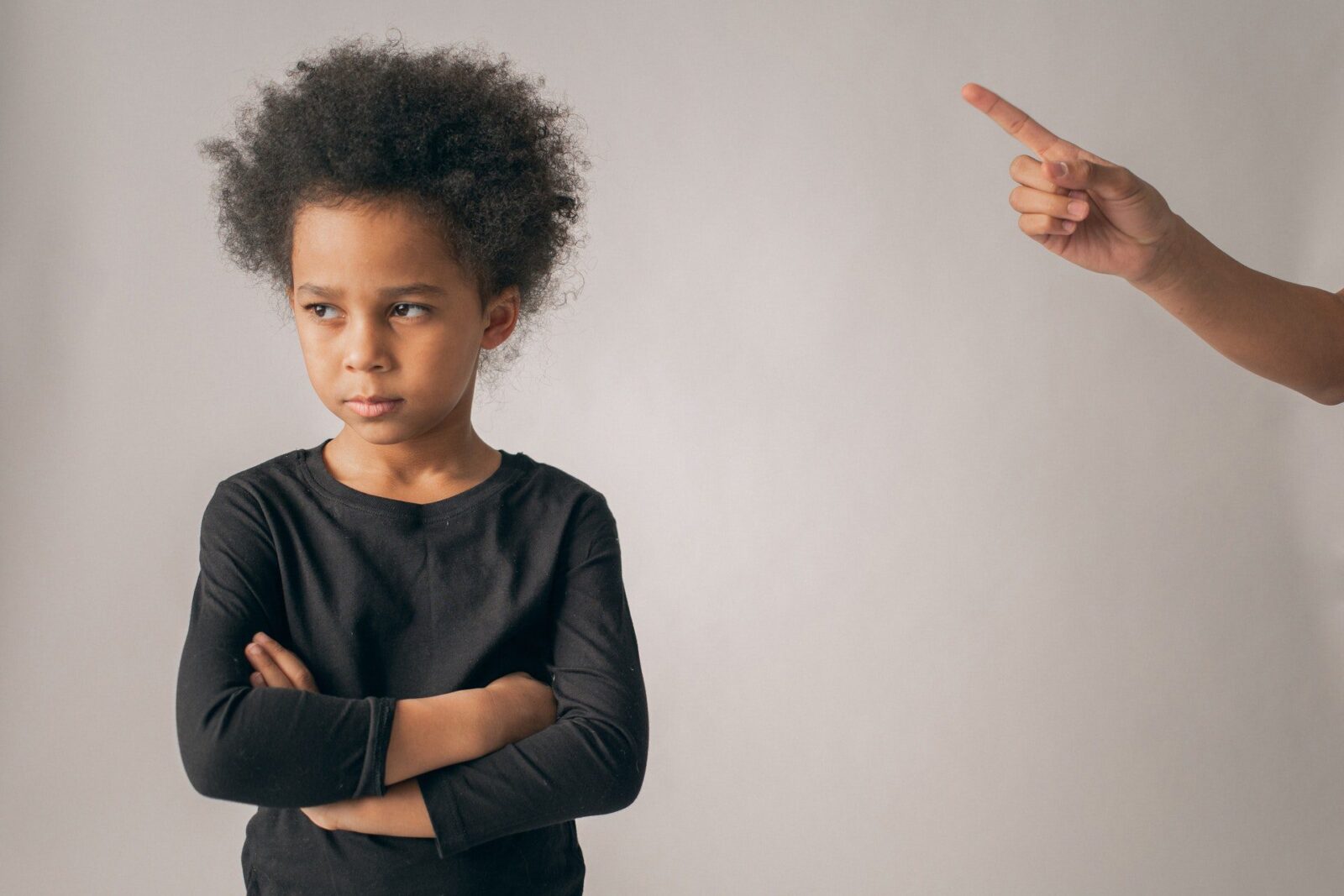 How to address child anger issues at home

Child anger issues can be tricky to resolve, especially when the triggering factors are not well understood. That does not however mean they are impossible to fix!

Here are 5 anger management strategies you can use to kickstart recovery:

1. Fix the ANGER CYCLE at home!

When seeking answers to child anger issues, we should probably not go far away from home!

Most, if not all of the time, a parent at home is the cause of child anger at home. It could also be the caregiver or other person who relates with your kids.

It all goes back to the years when we too were children and probably had to deal with angry parents ourselves. Somehow, we inherited this ugly habit and made it part of our own lives.

Fast forward to the 21st century, and our children learn they have to deal with inherited anger problems.

Parental anger is worsened today over worries about health, finance, relationships, and work-related strains. Also true, the influence of technology and urbanization demands that we adjust our parenting skills to suit the new realities.

According to Mike Fisher, an anger management specialist in Britain,

Children have access to incredible information, such as social media and apps. It’s instant gratification and just another distraction from being present. That can have a catastrophic effect on children. They are consumed by social media and games, staying up later and becoming preoccupied. They are bored out of their skulls by real life.

The influence of digital devices means that children today can irritate parents in ways that were non-existent a few decades ago. Furthermore, the little ones have learned to push the button just to worsen matters.

Well then, how do we usually respond to this anger problem at home?

We tend to lose our minds and scream at the little ones, because it is the simplest thing to do.

Sometimes we cool down when we realize what we have done. But not all of us. Some of us will not calm down and will rant angrily for hours! While at it, we care less what the children think, because we feel entitled to our anger!

This kind of emotional scapegoat critically affects how children handle their own anger issues as they grow up! The seemingly harmless but verbal anger can initiate depressive effects on the growing brain up to adulthood.

According to research from McLean Hospital, seemingly harmless anger may cause invisible damage to the brains of young children.

As mentioned above, children learn from us and become what we are. An angry parent will always beget an angry child!

There are other factors at home that contribute to poor anger management, and they too must be assessed and fixed:

Typically, people who are easily angered come from families that are disruptive, chaotic, and not skilled at emotional communications.

Parents must deliberately put the house in order by stemming all sources of anger sources. At all costs, they should avoid quarreling and using angry statements before children.

Ultimately, they should become examples by modeling how anger should be managed.

A lack of self-control is the root cause of many emotional challenges at home. And it gets worse when we do nothing about it.

When your child becomes VERY ANGRY, he or she loses control of the frontal lobes, which regulate the executive functions of the brain.

This means he is not thinking logically, and therefore incapable of reasoning, understanding, and calming down. He is incapable of self-regulation and cannot take the right decisions at that exact moment.

Trying to reason with him will not work, and upon insistence, you may actually lose your own self-control, and become angry!

What you may want to do is actually prepare your child’s mindset, and therefore self-control, in advance. This will teach him to think before lashing out, and can help him manage emotional meltdowns before they escalate.

Here are some of the steps you may want to adopt:

… Have a conversation with your child about anger management and control. Help him understand that being angry is not necessarily bad, but must be controlled before it escalates. Extreme emotional meltdowns usually happen due to a lack of self-control. Let him know that anger will not solve problems, and can lead to trouble, especially when he becomes aggressive. The effects can make him feel sad and shameful.

… Let your child know why it is important to get his senses back, before anger takes full control of the brain. The whole purpose of anger management is to have your child regain his logic and reasoning before something goes horribly wrong.

… Let your child know that people do not want to deal with angry people because they are not thinking straight.

… Anger that arises from being denied the chance to abuse computer games can be tamed through storing the gaming console away and setting time limits on technology use. The closer your child sits to a computer or game console, the higher the chances he will want to use it. Anger will certainly kick in when denied the opportunity to use them.

… Teach coping skills to help your child manage anger before it gets out of control. Exercises such as breathing in and out, talking less, and thinking about something positive may just help alleviate this situation.

3. Address triggers such as boredom

Boredom in children will happen because of a lack of interesting experiences and fun things to do.

Unlike adults, who have the freedom to venture outdoors whenever they want, children feel trapped and restless when immobile at home.

Boredom is a problem in the 21st century because of lifestyle changes that condemn children indoors. While inside the house and any other limiting environment, they quickly exhaust the playthings, friends, and playground they have.

Soon, they are left hankering for more.

Younger children will keep themselves occupied even with the simplest playthings, but grown-up children feel challenged to explore even bigger toys and playgrounds.

Provide them tools such as musical instruments, books, and opportunities to learn dance, arts and crafts. You can also get them a teacher to help them learn a new language. Mastering more than one language allows them to think beyond one language.

Elsewhere, other children may want to toy with computers and game contraptions all day.

While some parents condone this, others will not, and that is a recipe for trouble. When boredom becomes unbearable, children will become irritable and may walk down the depression and anxiety road.

Research has shown that boredom in children can interfere with the development of intelligence, language skills, and other cognitive skills. Even worse, according to research, boredom can actually lead to death!

Some signs your child is bored:

These complaints will get bigger and will manifest when your child kicks stuff around, throws equipment, fights siblings, and even falls and rolls on the ground!

Your child with these anger issues simply wants to break loose and explore the world.

What not to do:

4. Make sure bullying is not the problem

The emotional wounds that live with him stemming from the demands and labels used by bullies can paint the picture of a weakling, a loser, and a useless child!

you will become increasingly susceptible to becoming depressed and/or angry and/or bitter’ Being bullied teaches you that you are undesirable, that you are not safe in the world, and (when it is dished out by forces that are physically superior to yourself) that you are relatively powerless to defend yourself.

It is incumbent upon you as a parent to always assess the wellbeing of your child in relation to bullying. Most often than not, your bullied child will prefer to withdraw from group interactions and become less active at home.

When pushed to the wall, he will respond angrily and aggressively. This sometimes comes as a surprise, because it usually comes out of nowhere!

You may want to pay attention to some of the following signs of bullying:

Sometimes your child will become angry because of grief. This may follow the death of a close one, a friend, a pet, or even due to parents divorcing.

Many times, the loss of a job or the deterioration of the health of a loved one can trigger anger issues in your child.

Fortunately, your child’s anger is only the right process in addressing grief and other pains. This goes through 5 healing stages, denial, anger, bargaining, depression, and ultimately acceptance.

If the anger persists longer than usual, you may want to consult your family doctor, who will figure out necessary support needed. These range from individual therapy to medical treatment.

Sooner or later, anyway, your child will accept the new changes in life and calm down.

Attempts to scold your child will not yield much. Instead, it will aggravate the temperament.

Dealing with this kind of emotional meltdown requires understanding and corrective communication. Have your child understand that you care. In the meantime, listen more to understand how best you can get to him or her.

Anger can also happen due to consistent sickness, depression, and anxiety. Once again, seek professional help from your family doctor to alleviate the problem.

There is no doubt child anger today is a serious problem, and manifests in how adults and children respond negatively in life. Individuals kill their partners, men in uniform easily use firearms in the wrong places, and skirmishes everywhere continue to grace the news all because we are getting worse at handling anger.