How to Supercharge Your Life With 4 Happy Chemicals in the Brain!

The holy grail of TRUE happiness lies in optimizing the 4 happy chemicals in the brain: dopamine, oxytocin, serotonin, and endorphins.

Did you know there is more you can do to become happier than you are today? How about doing the same for your spouse, kids, and friends? Well, the secret lies in optimizing the 4 happy chemicals inside the brain.

These chemicals are known to induce positive sensations such as pleasure, relief, excitement, bonding, trust, love, and general happiness.

The lesser they are produced in the body, the more likely you and your loved ones will succumb to depression, anxiety, anger, and lack of interest in life itself.

If you wish to maximize the benefits of the above hormones, you must watch what you eat and do, and improve your interactions with family, friends, and nature.

A journey through the world of happy chemical hormones

Overall, hormones and neurotransmitters are the holy grail of body regulation and function. They are messenger molecules of sorts, charged with coordinating and controlling multiple organ functions.

Hormone levels will go up and down throughout the day to regulate numerous organ activities.

For example, the cortisol hormone is released in the morning to prepare us for a bright new day, while melatonin is released early in the night to prepare the body for a good night’s sleep.

The four happy chemicals in detail: 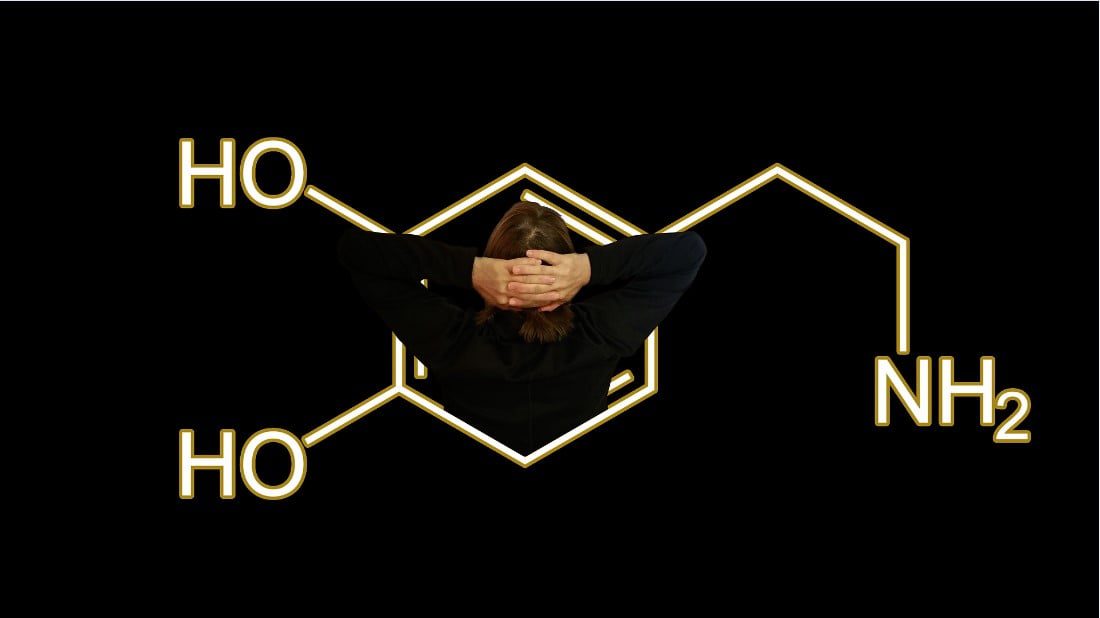 There are over a hundred hormones and neurotransmitters in the human body. Amidst the pack, four special ones are charged with keeping the body happy.

Serotonin is a ‘feel-good’ hormone/neurotransmitter primarily found in the brain and the intestines. It is charged with boosting and regulating mood, emotions, digestion, and the human body clock.

It contributes to a feeling of well-being, general happiness, and is actually produced when you get the feeling of significance and importance.

Serotonin also influences factors such as body stability and mobility, and states of mind such as sleep, memory, learning, and concentration.

Lack of serotonin in your body will manifest in a bad mood, a feeling of loneliness, poor memory, poor learning abilities, and poor vision.

Insufficient levels of this hormone occur due to lifestyle, poor nutrition, and drug abuse.

To boost serotonin levels in the body, you need to do the following:

A prebiotic diet induces the growth of microorganisms, such as fungi and bacteria, which are necessary for digestive health.

Lastly, cut down or completely eliminate stimulants such as Ecstasy.

Oxytocin is a happy neurotransmitter released in the brain by the hypothalamus. It is also commonly known as the cuddle hormone, the love hormone or bonding hormone.

Females generate more of the hormone than males, probably because it is associated with childbirth and breastfeeding. Its production spikes during these times to cement the mother-child bonding.

Oxytocin is also good for the nervous system, stress regulation, and healing the body from pain.

In a broad sense, oxytocin is a catalyzer of sorts for relationship traits such as bonding, trust, empathy, generosity, contentment, and security. High levels of the hormone may explain successful romantic relationships.

Unlike other hormones mentioned here, the amount of oxytocin in your body depends on the well-being of your personal life, your relationships, and the community where you live. It has nothing to do with what you eat!

The levels of oxytocin in your body will spike depending on the state of your relationship and the wellness of your community.

For example, frequent cuddling, hugging, kissing, eye, contact, communication, and sexual intimacy – including orgasm – contributes to the production of more oxytocin in the body.

You can also meditate, sing and listen to music, spend time with friends, and indulge in a massage to release the hormone. The animation movie Trolls probably explains well the role of music in supercharging the hormone.

Oxytocin does not affect the state of your relationship magically. The onus is upon you to make it work! If you are already bad at relationships, oxytocin will not make you any better!

Endorphins are neurotransmitters produced in the pituitary gland and hypothalamus in your brain to help relieve stress and pain, and give you a sense of excitement.

It is much like an opioid prescription, which is designed to supercharge excitement following periods of stress and pain.

How this works is that you deliberately indulge in positive activities following periods of stress, anxiety, and other depressive disorders. For example, laughter is derived when you attend a lively TV production, such as a comedy show, and reading well-crafted narratives.

Elsewhere, physical activity such as running is known to release the ‘feel-good‘ therapy known as runners high. What happens is that the hormone is released when you are running well, and you develop euphoric feelings throughout the body!

This is good enough to make you forget your stresses, anxiety, and pain.

Other ways endorphins are released in the body:

Dopamine is a complex ‘feel-good’ hormone of pleasure and works as a neurotransmitter of anticipation and curiosity. It is a crucial motivational factor towards achieving set goals, desires, and wants.

The hormone reaches its peak when you expect a reward, more than when you receive the reward. It is produced at a time when you anticipate activities such as shopping, food, drug use, betting, sex, or any other pleasurable activity.

For example, dopamine levels will spike in your child when you tell her to go out and buy ice cream. It is also released when you get your phone from the pocket (anticipation) following a notification tone.

No wonder employers manipulate dopamine in employees to motivate them, make them work hard:

A good employer makes it a habit to appreciate and recognize employee accomplishments by promising and giving bonuses and ‘thank you‘ messages. These lead to dopamine spikes and therefore boost motivation and productivity!

Besides being a happy chemical, dopamine will also improve the following:

A shortage of dopamine in your body will manifest in procrastination, a lack of self-belief, boredom, and a lack of enthusiasm!

Other symptoms of lower levels of dopamine:

You can boost dopamine levels in your body by

Like you have probably noticed, the secrets to boosting the four ‘happy chemicals‘ lie in eating healthy food and living positively.

When you harness the gifts of the neurotransmitters described above, you will definitely make yourself a notch happier than you are today.