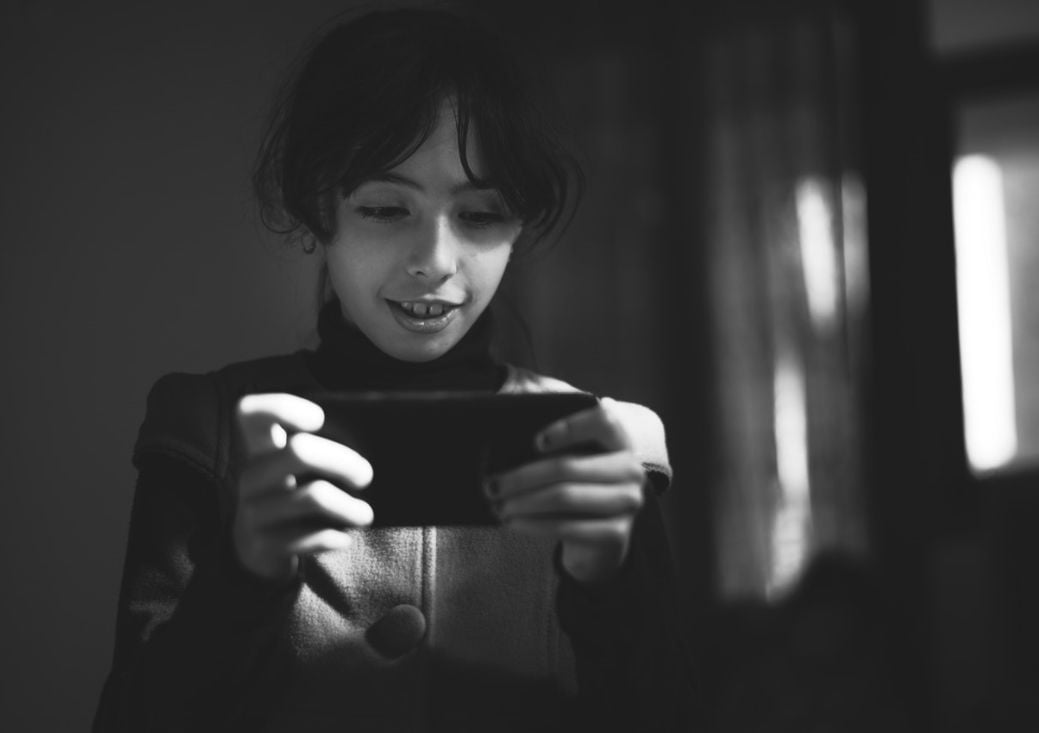 It is easy to panic if you find yourself troubled over your child’s indulgence in too much screen time.

The truth is, children everywhere are so immersed in one form of tech abuse or another, and the temptation is rife amongst parents to try out numerous fixes.

Oftentimes, the fixes are not thought out well, and instead of producing the coveted results, they may actually create sore relationships between parents and children.

Not even the experts and the well placed in society seem to have reassuring answers. Melinda Gates, wife to philanthropist Bill Gates took ages trying to figure out fitting solutions to the same puzzle.

Here is what she said,

I spent my career at Microsoft trying to imagine what technology could do, and still, I wasn’t prepared for smartphones and social media. Like many parents with children my kids’ age, I didn’t understand how they would transform the way my kids grew up — and the way I wanted to parent. I’m still trying to catch up.

The digital ecosystem in the 21st Century is so extensive, powerful, and addictive, and yet lacks working guidelines, save for responsible digital citizenry etiquettes, which sadly, are not enforced by law.

Goofing with technology therefore, remains comfortable and the normal thing to do.

Below are the recurring questions we all have in regards to too much screen time, especially in children:

For example, what is too much screen time?

By conventional standards, too much screen time refers to the compulsive use of cell phones to make phone calls, chat on social media, surf the Internet, watch videos on YouTube, and play games. It is about the misuse and abuse of tablets, computers, televisions, and game consoles.

On the flip-side, screen time may not include family engagements with the news on TV, movie-hours, and video games, especially done in moderation and with supervision.

For children, under 5 – 7 years, too much screen time may include the total sedentary time they spend in front of technology screens at the expense of physical activity, sleep, and healthy eating.

It also includes the use of technology devices during mealtimes, in bed, while walking, chatting face to face, and overall interactions with family and friends.

Statistics show that children with access to technology devices around the world spend an average of 3 to 5 hours a day on tablets, smartphones, game consoles, and TVs. A few others stretch this to 7 hours.

How much screen time is good enough?

Below is a summarized guideline on physical activity, sedentary behavior, and sleep for children, under 5 years, according to the World Health Organization (‎2019)‎.

For infants less than 1 year,

… screen time is not recommended. When sedentary, engaging in reading and storytelling with a caregiver is encouraged.

… sedentary screen time (such as watching TV or videos, playing computer games) is not recommended.

… sedentary screen time should last more than 1 hour; less is better. When sedentary, engaging in reading and storytelling with a caregiver is encouraged.

Even as they grow beyond five, children should not indulge in extended screen-time use. Except of course when they are used for educational purposes with the help of parents and caregivers.

The negative effects of too much screen time!

It is also safe to say scientists and child experts are torn on the exact side effects of screen time overuse. And though data is still scanty and a little over-amplified, your child may also lag behind in mastering communication and problem-solving skills, compared to his peers.

1. The impact on childhood development milestones!

The truth is technology overuse and misuse in young children, especially preschoolers can wreak havoc on childhood development milestones. The side effects can live with them to adulthood.

A study by JAMA Pediatrics whose results were released in 2019 reports that,

Excessive screen time can impinge on children’s ability to develop optimally; it is recommended that pediatricians and health care practitioners guide parents on appropriate amounts of screen exposure and discuss potential consequences of excessive screen use.

They make the following conclusion and recommendations:

The results of this study support the directional association between screen time and child development. Recommendations include encouraging family media plans, as well as managing screen time, to offset the potential consequences of excess use.

While it is true computer knowledge and interaction stimulate the brain of the child, it must be done at par with other sources of stimulation.

The truth is, kids need computers in order to prepare for new possibilities and challenges of the 21st Century. Every aspect of life and work today and tomorrow function inside and around the technology ecosystem.

According to a UNICEF recommendation,

moderate use of digital technology tends to be beneficial for children’s mental well-being, while no use or too much use can have a small negative impact.

However, too much screen time will deprive them of the quality time to engage in, and learn real-life skills which are necessary to boost cognitive development.

A 2018 research released by the National Institutes of Health in the US pointed to a low score in cognitive and language tests in children who spent two hours using computer screens.

A thinning of the cortex of the brain was noticed in children who spent upwards of 7 hours. Remember this is the part of the brain tasked with thinking and reasoning!

Plenty of physical activity, sufficient sleep, and a healthy diet should be prefered, especially for very young children.

to improve children’s mental well-being, it is more important to focus on other factors such as family functioning, social dynamics at school and socio-economic conditions, while also ensuring that children use digital technology in moderate amounts.

The case could be different in older children, specifically adolescents. Research by Orben, and Baukney-Przybylski, AK, somehow goes against the perceived popular notion that screen time as a whole interferes with the psychological well-being of adolescents.

We find little evidence for substantial negative associations between digital screen engagement – measured either throughout the day or particularly before bedtime – and adolescent well-being.

Apparently, adolescents are better placed to handle extended screen time. This however, should not be reason enough for them to abuse the privilege.

By design, children should play more to stay vibrant and healthy. They should get the heart pumping fast and experience repeated huffs and puffs in the course of the day.

Children should accumulate at least 60 minutes of moderate- to vigorous-intensity physical activity daily.’(MVPA)

Ultimately, they delay excelling in soft skills such as writing and drawing, and hard skills such as walking and running. They will equally experience delays in academic excellence.

Besides poor physical wellbeing, a sedentary lifestyle is a contributing factor to poor eating habits. When the body does not burn the energy it consumes, children tend to gain weight and crave unhealthy food, all at the same time.

Too much screen time comes with a whole array of health-related side effects that can last a lifetime. It stems from the fact that children stay sedentary, eat poorly and usually get irregular sleep, all because they want to spend a few more minutes indulging TV screens, game consoles or smartphones.

Poor use of screen time just before sleep can mess up the sleep-wake cycle and this can play havoc on the functioning of the melatonin and human growth hormones.

These hormones are released only in the night and require darkness and sufficient sleep to function optimally. The hormones are crucial in ensuring the body organs grow, regenerate, and repairs itself.

Another worry is related to radiofrequency emission from phones, tablets, and other wireless gadgets that are spread around the house to aid screen time. Kids and parents place smartphones and tablets close to the bed or actually sleep with them.

The body tissues, bone density, cells and eyes in young children are quite tender and growing and are at risk of alteration if exposed to extended radio frequency emissions. The effects of RF can be life-threatening.

Below are just a few health complications that may arise as a result of sedentary posture from screen time and exposure to radiofrequency emissions:

Extended use of screen time so easily deprives children of the opportunity to interact with family and peers naturally. The trend is as they grow up to cook up relationships online. Because the internet is awash with all kinds of malpractices and bad fellows, this approach fails most of the time.

The situation is made worse when adults become part of the problem by abusing tech. When everyone in the house is buried into their phones, little or no social interaction happens.

In a 2018 research by the Journal of Pediatrics in China, it was concluded that too much screen time led to poor psychosocial health in young children. One of the most affected areas is parent-child interaction, where the two talk less and accomplish little or no tasks together.

In general, deprivation of social interaction across the board, and overindulging digital screen time can lead to negative effects such as,

Excess screen time means children have unmetered access to everything good and bad online and offline. Starting with YouTube and down the way to social media platforms, a lot is posted that kids should not be seeing.

Their sense of curiosity and ability to weave around tech is so heightened that parents need to stay awake with the trends. In brief, children are always a click away from watching what they should not until they are 18.

Other content may come as explicit popups, especially from game sites or YouTube, and can disturb children every time they view them. The matter becomes controversial when parents are unwilling to discuss them, especially out of embarrassment and ignorance.

To avoid embarrassments make it a point to delete inappropriate files in phone storage and apps such as photo and video albums, WhatsApp, Instagram, Facebook, etc.

Secondly, parents should implement parental controls in browsers, game consoles, and YouTube to limit accidental leakage of bad content. Unfortunately for many, this is a daunting task they are not prepared for.

Irresponsible use of technology, and smartphones, in particular, affects how children sleep at night. The more hours children spend bingeing on smartphones translates to the fewer hours they sleep, especially when screen time is extended inside sleep hours.

The typical smartphone screens emit the notorious short-wavelength blue and violet light which interferes with the sleep-wake cycle, according to Sleep foundation:

Using TVs, tablets, smartphones, laptops, or other electronic devices before bed delays your body’s internal clock (a.k.a., your circadian rhythm), suppresses the release of the sleep-inducing hormone melatonin, and makes it more difficult to fall asleep.

Screen time is not necessarily bad and is not going away anytime soon! It is also not bad to experience tech extremes once in a while – we all do. We are human after all.

As long as these encounters are kept at a minimum, and countered equally with regular physical activity, a good diet, and sufficient sleep, then all will be fine. Children should be made aware of the dangers of technology misuse right from early childhood to allow them to make informed decisions as they grow up.